There are some people out there that ignore the scientific and philosophic case that pro-life advocates present and argue for abortion based on self-interest.  That is the lazy way out.  If we care about truth, we will courageously follow the facts wherever they lead.  Here are five common mistakes people make arguing for abortion.

When pro-life advocates say that elective abortion is morally wrong because it unjustly takes the life of a defenseless child, they are making a particular type of claim.6  Specifically, they are making a moral claim about the rightness or wrongness of abortion.  Of course, moral claims can sometimes be mistaken, as for example, when a man equates eating peanuts with racial genocide.  But just because the claim is false does not mean it’s purely subjective. The man making it is not offering an opinion; he’s claiming to be right.

Many people, however, misconstrue the kind of claim the pro-lifer is making in order to respond to one they like better, thus avoiding the hard work of demonstrating why, exactly, the pro-lifer is mistaken.  Consider the following responses to the moral claim, “Elective abortion is morally wrong.” 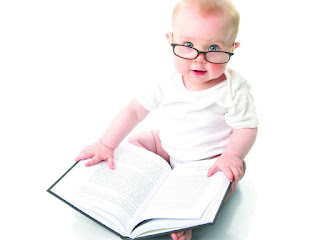 As a guest on the television show Politically Incorrect, former super-model Kathy Ireland gave a carefully reasoned scientific and philosophic defense of the pro-life position.  The show’s host, Bill Maher, ignored her evidence completely and shot back with (paraphrase) “Kathy, that’s just your view.”

What’s wrong with this response?  Maher was confusing a moral claim with a preference claim.  But there is a difference between disliking something (say, for example, a particular flavor of ice cream) and thinking it is morally wrong.  Put simply, when pro-life advocates say that abortion is morally wrong, they are not saying they personallydislike abortion or would prefer that people not have one.  Rather, they are saying that elective abortion isobjectively wrong for everyone, regardless of how one feels about it.  This is why the popular bumper sticker “Don’t like abortion? Don’t have one!” misses the point entirely.  It confuses the two types of claims.  (Try this: “Don’t like slavery?  Don’t own a slave!”)

Now it may be the case that pro-life advocates like Kathy Ireland are mistaken about their claim.  Perhaps their evidence that abortion unjustly takes the life of a defenseless child is weak and inconclusive.  But instead of proving this with facts and arguments, abortion advocates like Bill Maher ignore the evidence altogether.  “Well, that’s just your view.”  This not only relativizes the pro-lifers claim, it is intellectually lazy.  It attempts to dismiss evidence rather than refute it.

Imagine if I were to say, “There is a pink elephant in the corner of the room just beneath the window.”7 How should you respond to my claim?  Perhaps I’m mistaken (and chances are I would be), but it would do no good to say, “That’s just your view.”  The problem is I was not offering an opinion, I was claiming to be right.   To refute me, you must show that my claim is false.  The correct response is to say, “Your evidence is lousy.  We looked in the corner and there is no elephant.”

But again, Maher did not do that.  At no point did he challenge her facts and arguments.  What he said in effect was “Go away Kathy.  You have your views and I have mine.”  This was very condescending because he did not even entertain the possibility that she had good evidence for her claim.  Nor did he acknowledge the type of claim she was making.

To sum up, Maher was confusing a preference claim with a distinctly moral one.  Preference claims cannot be evaluated as true or false because they are matters of personal taste.  You cannot reasonably argue that vanilla ice cream is objectively better than chocolate.  But moral claims are different.  They can be evaluated as true or false based on the evidence.  They do not say, “This is better tasting,” they say, “This is right”.  Kathy Ireland’s claim was, Abortion is wrong because it takes the life of a defenseless child, and I think I’m right.  Maher’s glib response did nothing to refute this.  In fact, one could stop Maher dead in his tracks by saying, “Bill, it’s just your view that it’s just my view.”

“Don’t force your morality on me.”

A student at a Southern California college said this to me after I made a case for the pro-life position in her sociology class.  She was in effect saying, “Morality is relative; it’s up to me to decide what is right and wrong.”  We call this moral relativism, the belief that there are no objective standards of right and wrong, only personal preferences.  Therefore, we should tolerate other views as being equal to our own.

But as Greg Koukl and Francis Beckwith point out, relativism is seriously flawed for at least three reasons.8 First, it is self-refuting.  That is to say, it cannot live by its own rules.  Second, relativists cannot reasonably say that anything is wrong, including intolerance.  Third, it is impossible to live as a relativist…