Alliance Defending Freedom  announced today that the ACLU sued – and lost – in their bid to force a Catholic hospital system to perform abortions. 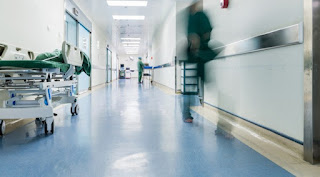 The ACLU claimed in their lawsuit, filed last December, that Trinity Health Corporation, which operates 86 facilities in 21 states, had harmed women because of their adherence to the Ethical and Religious Directives for Catholic Health Care Services which “prohibit Catholic hospitals from terminating the pregnancy of a woman suffering a pregnancy complication, even if such care is urgently needed to protect a woman’s health or life.”

The U.S. District Court for the Eastern District of Michigan, Southern Division, in its dismissal order in American Civil Liberties Union v. Trinity Health Corporation called the ACLU’s claims of harm from the hospital system’s pro-life position “dubious,” explaining that they haven’t satisfied the legal requirements to demonstrate such harm and therefore bring a lawsuit.

In March of 2016, the federal court allowed the Catholic Medical Association, the Christian Medical and Dental Associations, and the American Association of Pro-Life Obstetricians and Gynecologists to intervene in the lawsuit against Trinity, as all the groups would have been affected by the court’s decision in the case…