10 Things You Should Know about Abortion 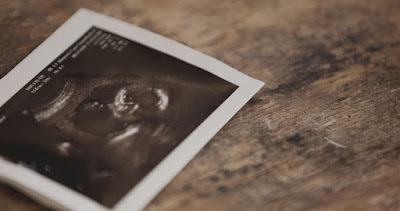 Repost of Scott Klusendorf for Crossway

1. Pro-life advocates present a formal case for their position.

That case is summarized in the following syllogism:

2. A pro-life advocate can defend that syllogism in 1 minute or less.

“I am pro-life because the science of embryology establishes that from the earliest stages of development, you were a distinct, living, and whole human being. You didn’t come from an embryo; you once were an embryo. True, you were immature and had yet to visibly develop, but the kind of thing you were was not in question. And there is no essential difference between the embryo you once were and the adult you are today that justifies killing you at that earlier stage of development. Differences of size, development, environment, and dependency are not good reasons for killing you then but not now.”

3. That abortion intentionally kills an innocent human being is conceded by many who perform and defend the practice.

Abortionist Warren Hern writes, “We have reached a point in this particular technology [D&E abortion] where there is no possibility of denying an act of destruction. It is before one’s eyes. The sensations of dismemberment flow through the forceps like an electric current.” Feminist Camille Paglia frankly admits, “abortion is murder, the extermination of the powerless by the powerful. Liberals for the most part have shrunk from facing the ethical consequences of their embrace of abortion, which results in the annihilation of concrete individuals and not just clumps of insensate tissue.” Feminist Naomi Wolf calls aborting a human fetus a “real death.”

4. The Bible is pro-life even if the word “abortion” does not appear.

Scripture is clear that all humans have value because they bear the image of their maker (Genesis 1:26-28; James 3:9). In laymen’s terms, that means humans are valuable in virtue of the kind of thing they are rather than some function they perform. Humans have value simply because they are human.

5. The Bible’s alleged silence on abortion does not mean that its authors condoned the practice.

Prohibitions against abortion were largely unnecessary in biblical times. In a culture where children are a gift and barrenness is a curse, and where a nation’s destiny depends on parents having lots of children, abortion is unthinkable…